As a member of the 1906 Anglo-American Polar Expedition, Arctic explorer Ernest deKoven Leffingwell (1875–1971) helped determine the edge of the continental shelf—the first solid evidence that searching for land north of Alaska was likely futile. The University of Chicago-trained geologist remained on Flaxman Island, and with assistance from his indigenous neighbors, was the first to define and chart the geography and geology of the region. His groundbreaking work included creating detailed, accurate maps of Alaska’s northeast coast (now part of the Arctic National Wildlife Refuge), pioneering studies of ground ice (permafrost), explaining ice wedges, and identifying the Sadlerochit Formation, Prudhoe Bay oilfield’s main reservoir. He also observed birds and collected wildlife specimens for the Smithsonian and other institutions. “One hundred years later we’re still rediscovering things he discovered,” permafrost expert and consultant Torre Jorgenson commented.

Still, apart from geology specialists, none of it was enough to attract much notice—until Janet R. Collins, who spent thirty years as the director and map librarian at Western Washington University’s Huxley Map Library—decided Leffingwell deserved more recognition. She started giving presentations about his life, and the interest they generated led to her new biography, On the Arctic Frontier: Ernest Leffingwell’s Polar Explorations and Legacy, just published by Washington State University (WSU) Press.

At the turn of the twentieth century, people were eager for scientific knowledge about the Arctic and Antarctic. Geographic societies and wealthy individuals like Alexander Graham Bell, John D. Rockefeller, and the Duchess of Bedford helped finance new explorations—including the Anglo-American Polar Expedition. For Leffingwell, it was a calling. He relied on and socialized with Inupiaq families. His favorite meat was caribou and he preferred fur to wool. Yet despite his passion for the Arctic, it wasn’t easy. Loneliness, snow blindness, weather-sensitive instruments, and the exhausting rigors of sledge travel pushed the meticulous, driven leader to his limits. Through trial and error, he coped with the drifting ice floes, interminable darkness, and bitter cold of a harsh, polar environment.

Leffingwell recorded his findings in the 250-page U.S. Geological Survey, Professional Paper 109. To write her biography, Collins utilized that report as well as published and unpublished writing by a variety of polar expedition members, newspaper articles, and Leffingwell family papers and memories. Along with his accomplishments, she portrays Leffingwell’s interactions with Native friends, whalers, traders, fellow scientists, and others, and conveys his thoughts about daily life with all of its challenges, frustrations, and triumphs. 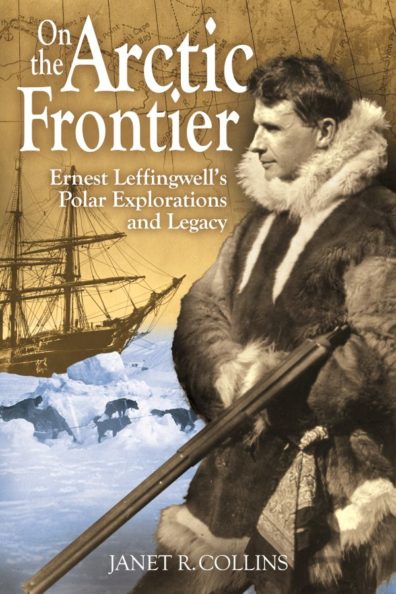